Six Tips for Crag Dogs (And Their Humans) 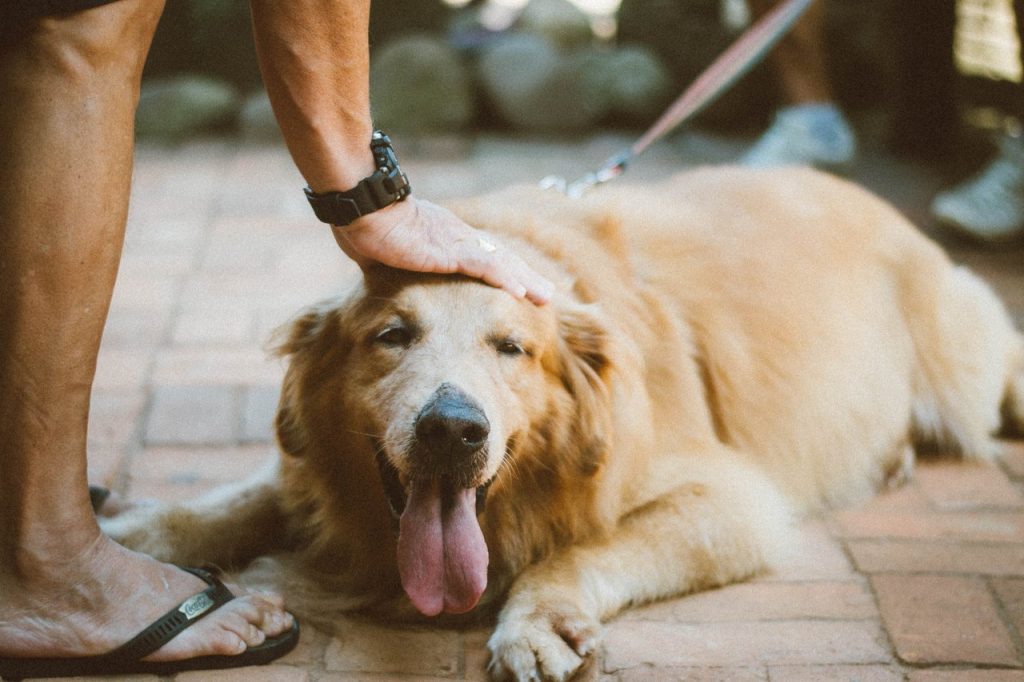 Scrambles’ human Jeremy and I stood holding their leashes attempting to slowly make our way to the cliff at Smith Rock. Although Smith is a renowned rock climbing destination in our backyard of Central Oregon, our goal today was different than just going climbing. Pebble was 10 weeks old, Scrambles was a couple months older, they were small and they were adorable, and we wanted to acclimate both dogs to the crag. And, of course, we wanted them to have fun.

Eventually, we made our way to the base of the cliff, a popular rock climbing area. Pebble and Scrambles sat and watched me tie into the rope, inquisitive looks on their little puppy faces. They were clipped to an anchor on the ground.

As I chalked up and grabbed the first holds I talked to Pebble and Jeremy scratched her ears. Scrambles had already been to the crag – he was quickly getting used to the space and lay calmly on the ground.

This was Peb’s first time, and she let out a whimper as I clipped the second bolt, Jeremy stood with her and gave her a scratch. I called down to her in a singsong voice, telling her that everything would be ok. The climb I was on was well within my ability, I had no problem hanging on and Jeremy knew that he could focus as much on Peb as the belay.

I clipped the chains and Jeremy lowered me to the ground where I pulled Pebble into my arms and gave her lots of attention. She was happy to see me and she was on her way to becoming a crag dog.

Over the past couple of years, Pebble has grown and has continued to occasionally come to the crag with me. She has turned into a great crag dog, happy to be outside, happy to say hi to other climbers and dogs, and happy to lounge in the sun. 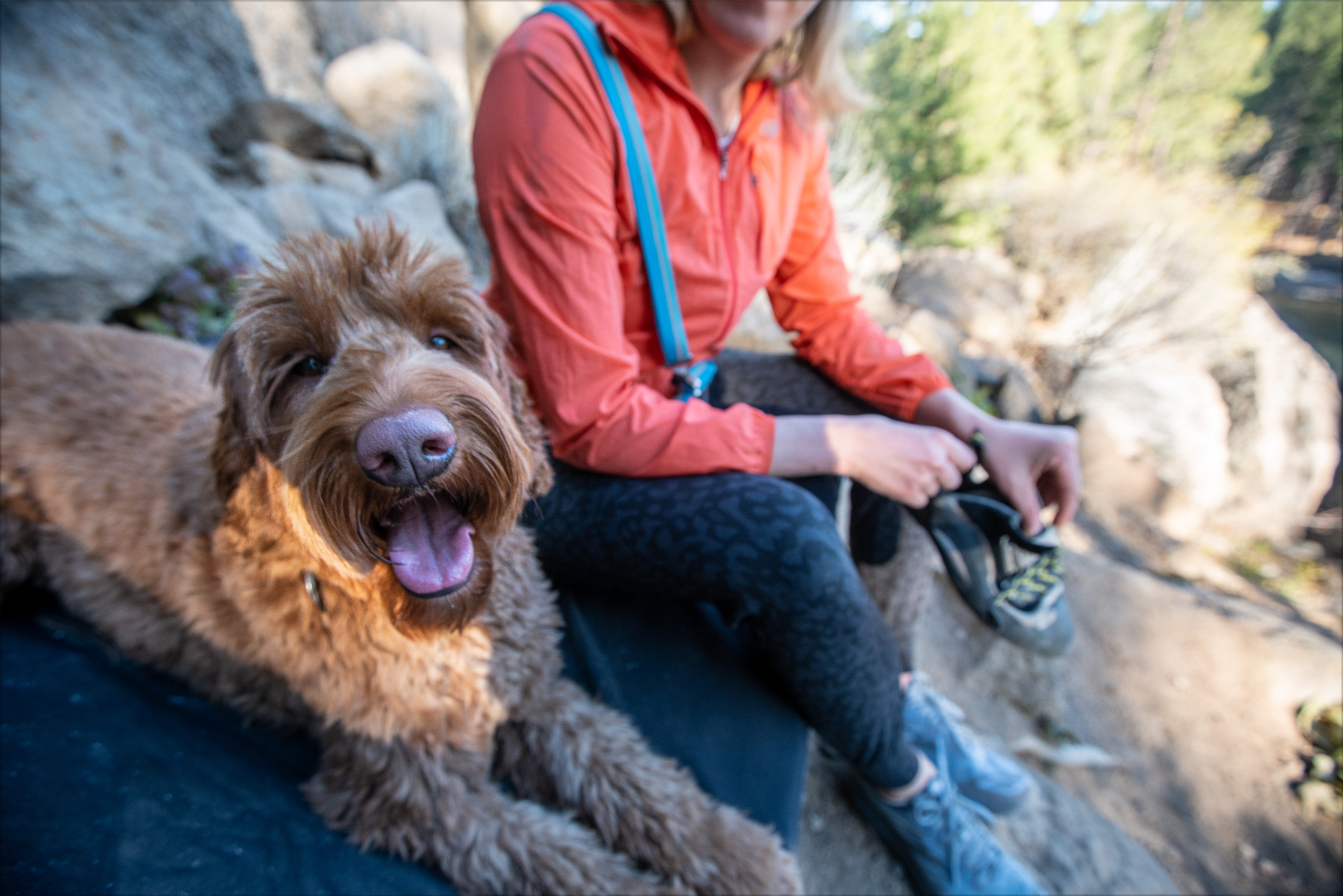 Over this time, I have learned some things about being a good owner of a crag dog. Here are six of them.

1. TAKE YOUR DOG TO THE CRAG WHEN THEY’RE YOUNG.

Just like the sound of the vacuum or the feeling of riding in the car, your dog will do better with the crag if they are exposed when they are a puppy. The experience of watching their owner climb off the ground, the sounds of ropes being pulled, commands being called, and needing to lay around on leash while a variety of known and unknown people say hi can understandably be overwhelming. They need to get used to it.

(Important note: Get your puppy their shots and make sure to keep them safe at the crag during their immunization process.)

2. BE FOCUSED ON YOUR DOG AT THE CRAG.

When you bring your dog the crag, think of it as if you are bringing a child with you. Pay attention. You won’t be as productive in your climbing because you have a furry companion who is depending on you for love, attention, and sustenance, and that’s part of the deal.

Personally, if I want to be focused on a project or goal at the crag, then Pebble doesn’t come along. If we’re going to the crag together, I know that I will get less climbing done because I want to make sure that she has a positive experience. 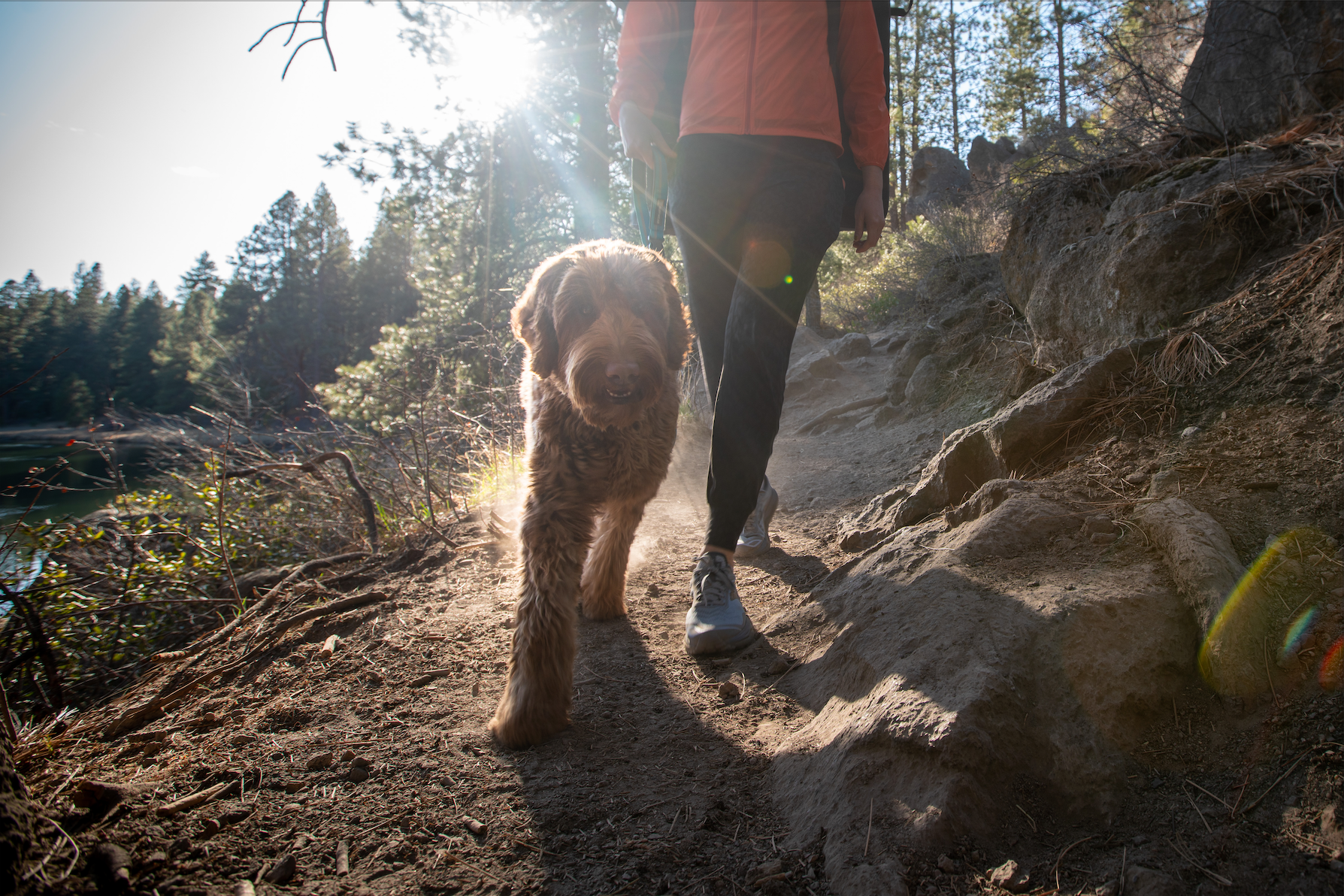 Just like you pack snacks for yourself, make sure you have treats for your pup. Also, remember to bring enough water for both of you.

It’s important to understand the rules around dogs at the crag where you are climbing. Are dogs allowed? Do they need to be kept on a leash?

On top of this, make sure that there is a good place for your dog to hang out at the crag. Many crags are on the edges of cliffs, and generally speaking, these are not good places for our furry counterparts. Plan accordingly and understand that many crags may be inappropriate places to have your dog along for the day.

5. HOW DO FOLKS FEEL ABOUT YOUR DOG? HOW DOES YOUR DOG FEEL ABOUT OTHER PEOPLE?

Crags are social places where there are lots of people moving around and interacting. When your dog comes to the crag, they are part of this. People will want to say hi, and despite your best efforts, they will likely do this inappropriately and without asking permission.

If your dog does poorly with people they don’t know, then having them at the crag is going to be a lot of work. Be ready for it. 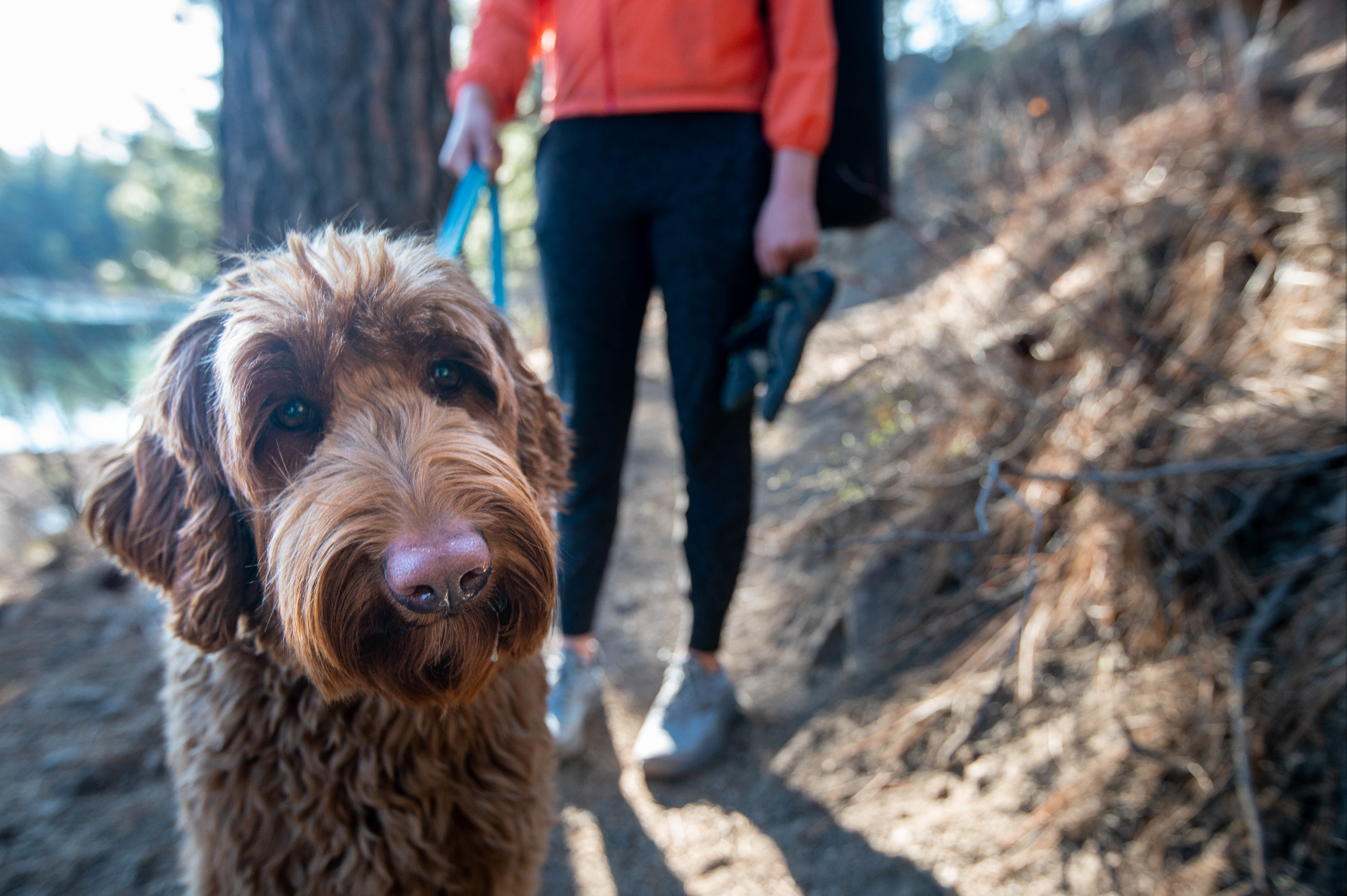 6. DOES YOUR DOG WANT TO BE THERE?

Some dogs love being at the crag, others are ambivalent and just love laying around in the sun. Other dogs are on edge and uncomfortable.

As the human, this is not up to you.

As a dog owner, you know your dog better than anyone else. Pay attention – does your dog like being at the crag? Are they comfortable with ropes, folks leaving the ground, and the attention they may get from other people and other dogs?

If the answers are no, then consider focusing on doing things with your dog that you both enjoy, because that’s the purpose of us going outside with our pups, for everyone to have fun in the outdoors. 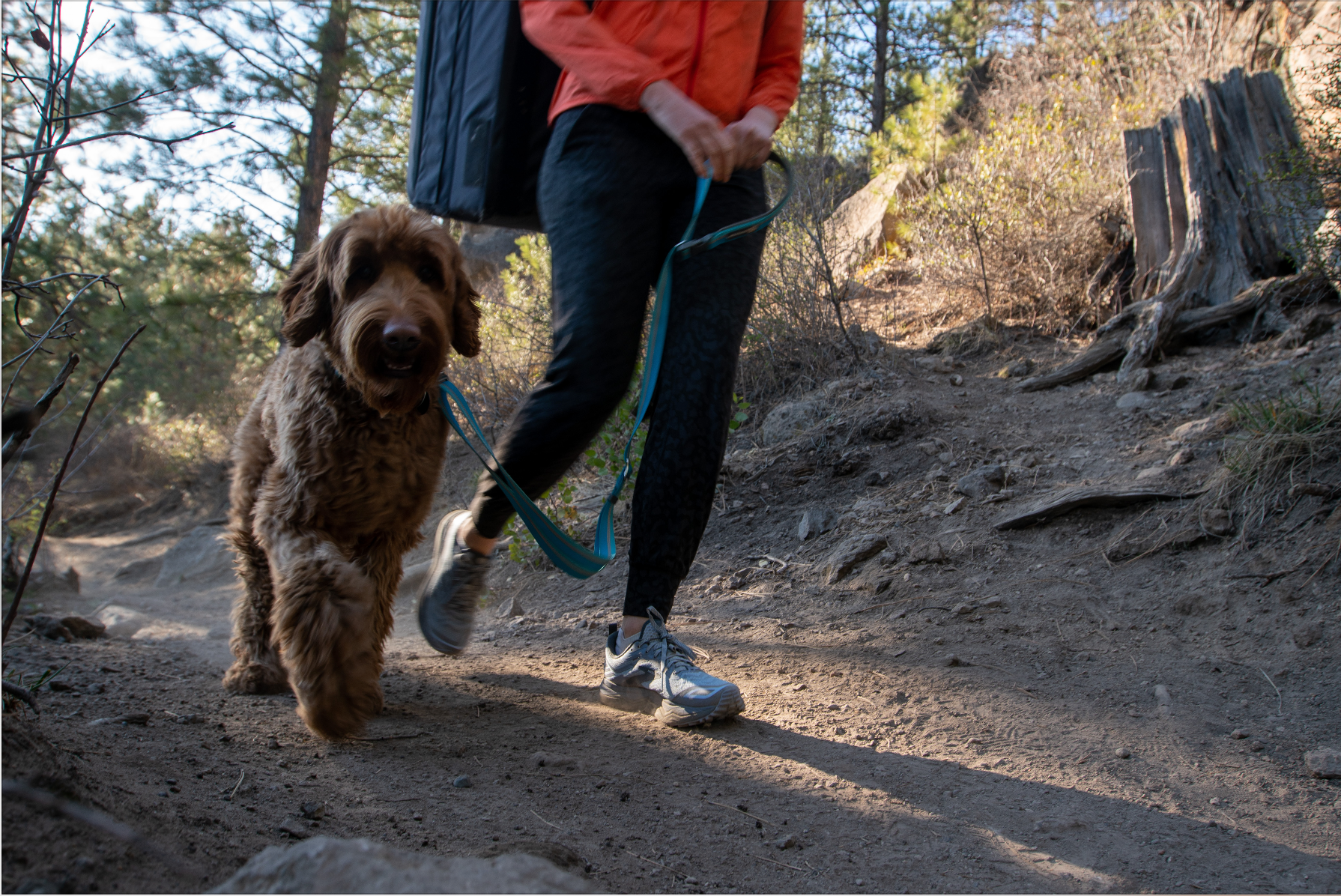 PrevPreviousHow a Pandemic Can Help You Socialize Your Adventure Puppy 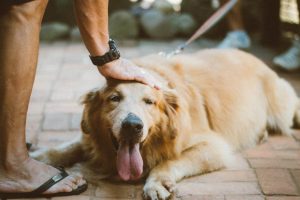 Six Tips for Crag Dogs (And Their Humans)

Written by Graham Zimmerman Scrambles’ human Jeremy and I stood holding their leashes attempting to slowly make our way to the cliff at Smith Rock. 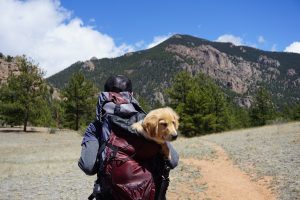 How a Pandemic Can Help You Socialize Your Adventure Puppy

I knew last fall that if Bodie’s training was where I wanted it to be, I could add another female to our pack again. I 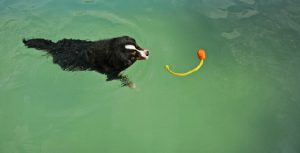 Making a Habit of Getting Outside

If there’s one thing that’s certain, it’s that change is constant. Sometimes, daily routines and habits can help us feel grounded and a bit more